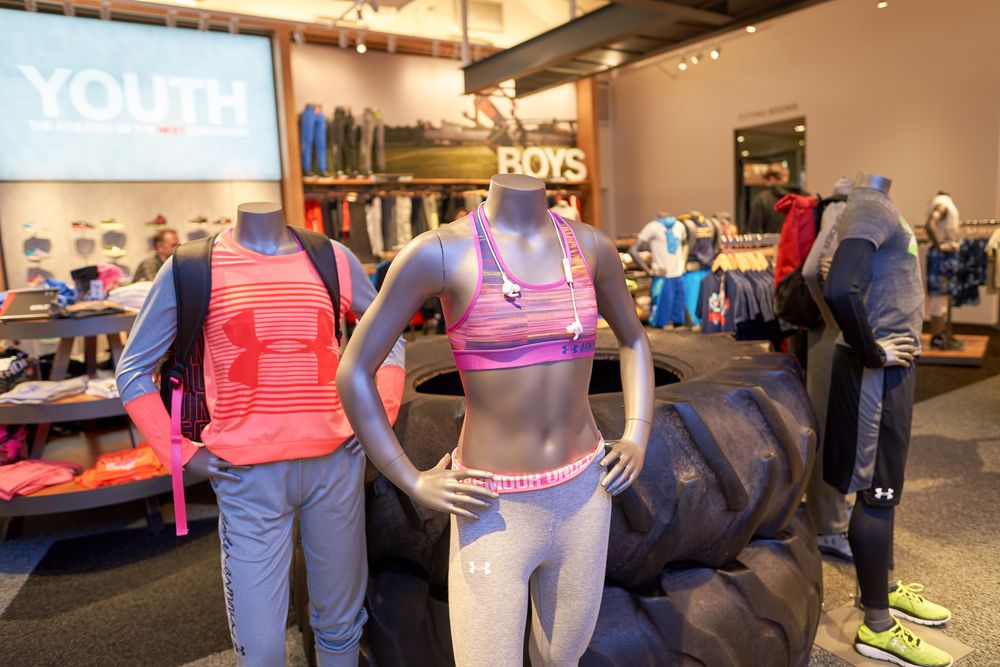 Benefits of Under Armour Clothing

Do you play soccer? Or is it basketball that appeals more to you? Well, one may not just be an athlete to sweat it out. People who go for long jogs are invested into fitness, and spend long hours at the gym also tend to find regular fitness clothing uncomfortable because it turns sweaty and sticky and ends up affecting their performance. This icky-sticky discomfort is what Kevin Plank, the founder of Under Armour, found himself as a University of Maryland special team’s captain in 1996. The 23-year-old started his quest to manufacture the perfect clothing line for athletes which met with tremendous success.

Designs with a purpose

Under Armour has revolutionized clothing for athletes. Today, the brand is a favorite with all sports enthusiasts. The versatility of Under Armour clothing makes it a popular choice for fitness freaks as well. Under Armour clothing is designed to meet specific needs of people who exercise or game a lot. It is one of the leading brands in sports clothing and offers a wide range of clothing with high-quality fiber innovation to give maximum comfort that boosts the output of your sports or gym routine.

Plank made the first t-shirts with moisture-wicking synthetic fabric that helped absorb sweat and made for convenient, light-weight clothing — suitable for wearing during energy intensive sports. In 1997, Under Armour introduced the ColdGear fabric. It keeps athletes warm, dry, and light in cold conditions. The AllSeasonGear line of Under Armour clothing range followed soon after. This range keeps athletes comfortable even in extreme climate. The original 0039 Compression T-shirt is said to aid muscle performance and cuts moisture to keep athletes cool, dry, and light.

Under Armour clothing range got a valuable addition to the Infrared product line in 2013. This range cuts down heat and re-distributes it around the clothing which makes for a light, cool game experience even during the harsh summer heat. Sweat can add major discomfort to players on the field. Besides the icky feeling, sometimes body odor is hard to control even after using good deodorants because of the strenuous and long sports/fitness routine. Under Armour Scent Control clothing cuts down on body odor and is a hit with not just sports enthusiasts, but also with people who have a very hectic fitness routine.

Now, Under Armour clothing has an exhaustive range that caters to different athletic needs. The variants are the ColdGear Reactor, ThreadBorne TM, Athlete Recovery SleepWear, Supervent, Sunblock, Coolswitch, and others. Replete with the above-mentioned features, jackets and vests, hoodies and sweatshirts, long sleeves, short sleeves and sleeveless tops, tank tops, polo tees, graphic tees and tanks, pants, leggings and tights, capris and crops, shorts and underwear are available for men and women. For the latter, sports bras are also available.

The company has got validation from sports stars and premier universities. It offers comfort and innovative features at a good price. What more proof are you looking for? Try out Under Armour clothing for yourself right away!

Trending Articles
Find the Perfect Under Armour...
1996 marked the beginning of a new technology that...
Read Article
Benefits of Under Armour...
Do you play soccer? Or is it basketball that...
Read Article
Most Recent
Things You Didn’t Know about...
3 Popular Washer and Dryer Bundles to...
Natural Skincare Regimens for Dry Skin
Reasons Why Nike Shoes are a Great Buy
A Guide to Buying Baby Hygiene Products
Tips to Choose the Best Puppy Food